The early history of Treadwell Library is remarkable for the foresight of medical staff and the generosity of a Salem, Massachusetts physician. In 1847, visiting staff physicians, realizing the importance of having medical books and journals on hand, began a small medical library with a $250.00 authorization for the purchase of medical reference books. Dr. Henry I. Bowditch was appointed as overseer.

In 1858, Dr. John G. Treadwell bequeathed 2500 volumes to the Library that would soon bear his name. In addition to rare medical books and contemporary medical literature, his will provided an endowment of $5,000 to be used for the purchase of additional books. The following year, Dr. Benjamin S. Shaw, at that time a resident physician, was appointed as the Library's first (non-professional) librarian. By 1875, the Library's collection numbered 3500 volumes and Miss G. L. Sturtevant, Matron of the Hospital, was its overseer. As the value of the Library became known, the decision was made to employ a full-time librarian, whose duties would be divided between the Library and Medical Records.

Worcester, Massachusetts native Grace Whiting Myers had once cataloged the private library of an MGH trustee. That trustee exerted his influence, and Grace Whiting Myers was appointed in October, 1897 as an "assistant librarian" to Dr. Arthur T. Cabot, chairman of the Library Committee. At that time, the Library contained 4,872 volumes, which Myers cataloged according to the Dewey Decimal System, and 28 periodical subscriptions to domestic journals and those from England, France, and Germany. Two years later, she requested and received - not without a struggle - a typewriter, the first to be installed at the Library. By 1909, her title was Librarian, and she had a staff of seven assistants.

Grace Whiting Myers was proud of her service to the United States during World War I. She supplied the American Red Cross with a weekly bibliography on the medical and surgical aspects of the war, compiled from journals received at the Library. This unique contribution was published as the War Supplement of Index Medicus. During this time, Myers organized the Association of Record Librarians, reflecting her profound interest in and abilities with clinical medical record management, assisting hospitals in standardizing their methods of caring for medical records.

In 1924, Myers retired. As she stated in her Autobiography, (p. 50) "...[T]he thought of spending my days in any other place than the Treadwell Library...made me sick at heart." Carrie L. Williams became Librarian in 1925, and Myers published her History of the Massachusetts General Hospital, 1873-1900. She continued to make important contributions in the field of medical records, paving the way for the founding of the AAMRL (American Association of Medical Record Librarians) in 1928. The following year, the Medical Records Department separated from the Library. Grace Whiting Myers died in 1950 at the age of 97.

Carrie Williams retired in 1941 and was succeeded by Eleanore A. Lewis. A year before Lewis retired, she reported that Library use had tripled during her directorship. In 1957 Genevieve Cole became director. Cole held the distinction of being the first Treadwell Library director to have a degree in Library Science. At that time, the Library contained over 20,000 volumes and subscribed to over 350 journals. In the 1960's, the Library's collection increased by fifty percent, and a technological advancement took place in 1962 when the Library acquired its first photocopy machine.

Genevieve Cole reorganized Treadwell's collection and presided over the 100th anniversary of the Library. Cole was an officer in the Boston chapter of the Special Libraries Association; in the late 1960's, she was elected National Secretary of the Medical Library Association.

Treadwell's computer era began at the time of Cole's retirement, when she was succeeded in 1973 by Jacqueline Bastille. The focus of the Library began to change, reflecting advancements in technology. Due to space considerations, the original Treadwell Collection was transferred in the 1970's to the Rare Book Department at the Countway Library, Harvard Medical School, and careful collection development became of prime importance.

At the time of Cole's retirement, the Library was named a Medline Search Center by the National Library of Medicine. Since then, staff librarians have carried out literature searches of the Medline database. Since the late 1980's, through contracts with online database vendors, MGH employees have had the flexibility of performing searches themselves, often in the library or their offices, and as technology advanced, in their homes, en route to a conference, or in a coffee shops.

Over the years Treadwell's location has changed to house its growing collection and the needs of its users, but there has never been enough space to house comfortably all the print material as well as computer-based information. Originally located in the Bulfinch Building, it moved to the Moseley Memorial Building in 1916. In 1979, when the Moseley was demolished to make room for the Wang Ambulatory Care Center, Treadwell was relocated to the Bartlett Building, resulting in more space but a less visible location. Two years later, when MGH's diploma school of nursing closed, the Palmer-Davis Nursing Library merged administratively with Treadwell. By 1989, the Library had expanded into the Bartlett Extension. Its new entrance, directly across from the Wang Ambulatory Care Center, increased its visibility and served to heighten awareness of its location.

In the early 1980's, magnetic tape supplanted printed cards and helped prepare the way for the Library's integrated automated system. MAGIC, Treadwell Library's online catalog, was implemented in 1989, and the MGH became the first hospital in the nation whose Library had an online catalog. The Library was one of the first MGH departments on the Internet with a gopher site in 1994 and a web page in 1995.

Jacqueline Bastille, who was elected President of the Medical Library Association in May, 1992 and who steered the library into the information age, retired in the spring of 1999. She was followed by Elizabeth Schneider, previously the Associate Director of Treadwell Library.

Under Elizabeth Schneider’s leadership, the library continued its transformation from a place where most information was found in book and journal stacks to a place where most information could be found online anytime, from anywhere. In 2013, the Library launched its first mobile web site making it Treadwell Library on the Go. Transformation of the Library continued and in September 2014, Treadwell became a virtual library, offering all services and resources online. At that time, it acquired a new name: eTreadwell ~ the Virtual Library for the Massachusetts General Hospital.

For more information about Treadwell Library’s history, please call 617-726-8605 or Ask Us! 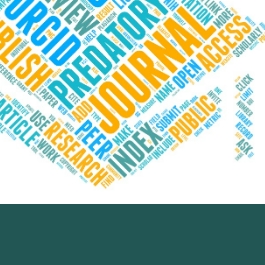 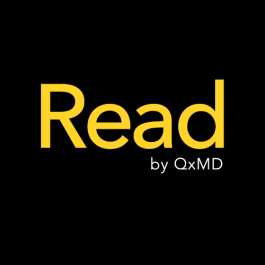 Read by QxMD helps you keep up-to-date with groundbreaking research in your area of practice. 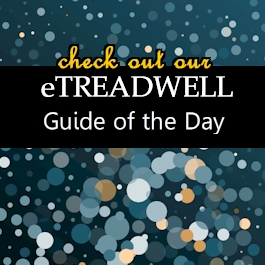 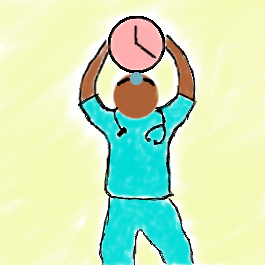 Use Browzine to explore thousands of Treadwell-provided journals and create a personal bookshelf of favorite titles.

DID YOU KNOW? We provide most articles for free. You pay only if we do. 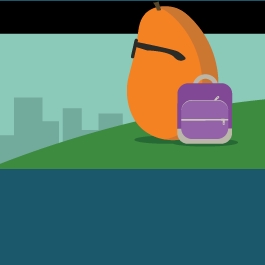 DID YOU KNOW? We're here to help you. Find out how.
Tweets by @MGHTreadwell